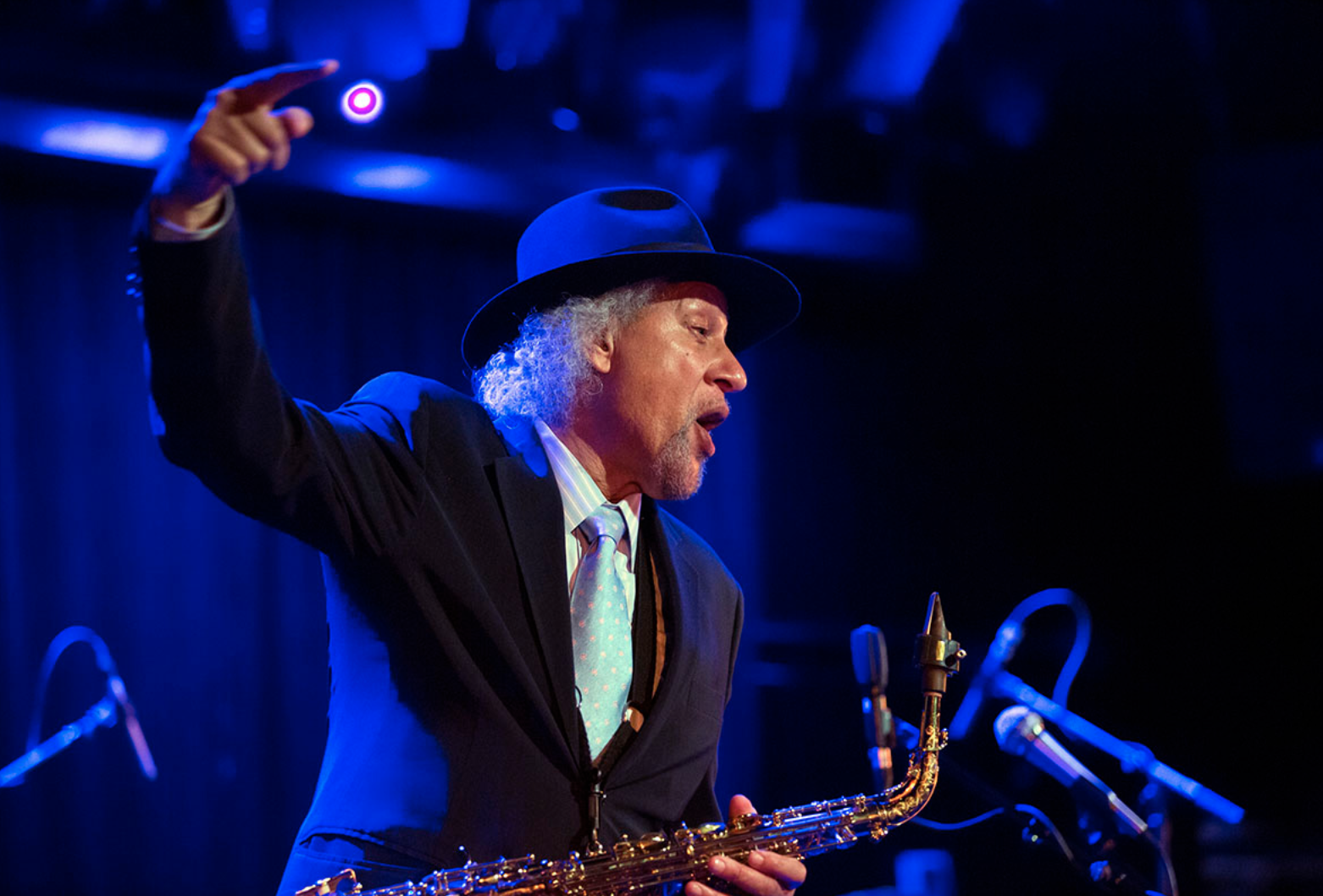 From Miles to Mingus, Max Roach to Art Blakey to Donald Byrd and Eric Dolphy and most recently recording with Jazz is Dead’s Adrian Younge and Ali Shaheed Muhammad

A native of Baltimore, Gary Bartz ventured to New York City to attend the Juilliard School in 1958. At the time, performers such as Thelonius Monk, Ornette Coleman, and Miles Davis were playing at Birdland and the city’s other premiere clubs every night, and Bartz regularly snuck in to see them.

In the 1960s, Bartz joined the Max Roach/Abbey Lincoln Group and the Charles Mingus Jazz Workshop, quickly earning a reputation as the greatest alto saxophonist since Cannonball Adderley. In 1965, after meeting the group at his parents’ nightclub, Bartz joined Art Blakey’s Jazz Messengers and recorded Soulfinger, his recording debut. Around the same time, he began working with McCoy Tyner, and their relationship deepened the influence of John Coltrane on Bartz.

In 1970, Bartz received a call from Miles Davis, who asked Bartz to perform with his band at the historic Isle of Wight Festival. In the same year, Bartz also formed his own group, Ntu Troop, after the Bantu word for “unity.” Ntu blended soul, funk, African folk music, hard bop, and avant-garde jazz on such albums as I’ve Known Rivers and Other Bodies, based on the poetry of Langston Hughes, as well as Music is My Sanctuary, Celestial Blues, Uhuru Sasa, Love Affair, Another Earth, and Home.

Overall, Bartz has recorded more than 40 solo albums and over 200 as a guest artist. More recently, he released Coltrane Rules: Tao of a Music Warrior, Live at the Jazz Standard Volume 1 and Volume 2, and several others, on his own label, OYO, which is named for the Nigerian tribe and the acronym “Own Your Own.” He was also spotlighted in the “Blindfold Test” section of DownBeat magazine in January 2008.

Bartz brought his historically busy touring and recording schedule into the new millennium very recently, re-establishing his deep jazz credentials even as another generation of DJs and hip-hop producers discovered the untold riches contained in his back catalog. He remains spry, fit and energetic at age 80 and his new collaboration with Jazz Is Dead’s Adrian Younge and Ali Shaheed Muhammad on their series of albums with legends, is the glorious proof. This is what Gary Bartz brings to this Jazz Is Dead collaboration on JID006, and as can be expected, his questing spirit fits the Jazz Is Dead style like a glove and has produced an album that’s a cutting-edge addition to his immense canon as he effortlessly interfaces with the next generation.

There’s early work with Eric Dolphy and McCoy Tyner in Charles Mingus’ Jazz Workshop, work with Max Roach and Abbey Lincoln, a stint in Art Blakey’s Jazz Messengers, and also one with Miles.

There’s his groundbreaking and highly influential Ntu Troop albums of the early ‘70s and his jazz-funk work including two classic albums with the Mizell Brothers, one of which supplied A Tribe Called Quest with a sample that was smooth like butter. And while on the subject of samples, the Bartz catalog has provided hip-hop and other genres with a rich source of them, and artists who have gone to his well when producing beats also include Black Sheep, Jurassic 5, Casual, RPM, Warren G, Photek, Statik Selektah, Chi-Ali, 3rd Bass, Showbiz, Z-Trip, Young Disciples, and many others.

The socio-political content of much of Bartz’s work, particularly during the early ‘70s, is another factor that has captured the attention of and influenced many. He was wide awake to the pressing issues of his day, which sadly haven’t changed much in a half-century—long before the term “woke” was ever coined—which adds continued relevance and resonance to albums like the two Harlem Bush Music LPs. Speaking his mind and expressing thoughts and feelings lyrically and vocally were a consistent aspect of his work during this era, but even with all this there’s always still a space within Gary’s oeuvre for the celebration of simple and beautiful basic truths.